Clarity of Purpose: The Hard Way

Two weeks ago a desperate mom contacted me with a shaky voice and tears of frustration. Her son (and daughter) have been studying at a (not to be named) local “martial arts” studio for the past 4 1/2 years. After 4 years of persistent practice and dedication to his school, he found out that his training simply wasn’t based on anything real. He found out the hard way. The really hard way. Several times over. He was beat up by a child (several times) who was approximately his size. He attempted to defend himself with the “skills” he had learned but was simply dominated.

The child is ten years old. Given his age, he felt he spent half his life on something useless. He felt betrayed by his training. He felt martial arts was a scam. It was the equivalent of going to swimming lessons for 4 years and finding out that you actually can’t swim. 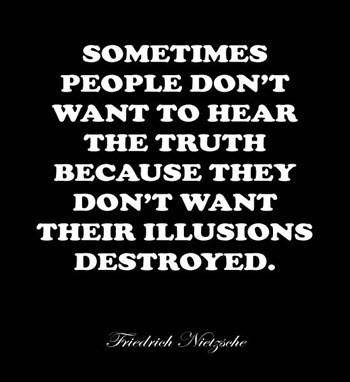 Unfortunately, this is INCREDIBLY rare. Most advertise self-defense but are VERY far from it. Despite advertising self defense, schools like the one this young man came from have “instructors” who don’t educate in real self-defense but rather prostitute a watered down version of martial arts because it is “good business.” Students are promoted every few months, with a “testing” fee attached, in order to keep the kids happy and coming back (with money). The symbol of progress, the belt, says they are getting better. They are progressing. They are moving forward. This builds the only thing worse than lack of confidence — FALSE confidence.

After the boy and his sister took part in their first class at the Jukido Academy, they were SHOCKED (in a good way) by the content of class. The mother stated that in one class that her children had learned more actual self-defense techniques than the kids had ever learned in 4 years at their previous school. She admitted that she was embarrassed that she just didn’t know better and thought that they were learning self-defense. She said it took her actually watching a class to fully realize how, in her words, “night and day” the difference was not only in the quality operation of the dojo but the actual physical content of the class itself.

Strangely, this boy is one of the lucky ones. Although he was shown “the hard way” that the training he took part in had no substance to it… at least he has made it out. How many kids and parents spent decades of their lives fully dedicated, with good intentions, to something so false?
These cases are always a reminder and inspiration to me. They remind me why I do what I do. They remind me to “cut away” the stuff that isn’t really truly functional and to insist on constantly finding higher levels of truth in the study of martial arts for it’s original purpose: self-defense. Ensuring that our study of martial arts is always built on a foundation of truth.

That may mean that from time to time that student/parents aren’t happy because their “kid isn’t getting belts fast enough.” So be it. At least that child knows that we aren’t going to lie to him. We won’t tell him he is capable of things he isn’t. We won’t be responsible for giving him false confidence. When a student earns a belt from the Jukido Jujitsu Academy, that belt will be an honest and accurate reflection of the skills he/she has at that moment in time.

I’m honored to do my part to pass on this path, straight and well. Thank you to the students and parents who give me their trust. I don’t take it lightly.